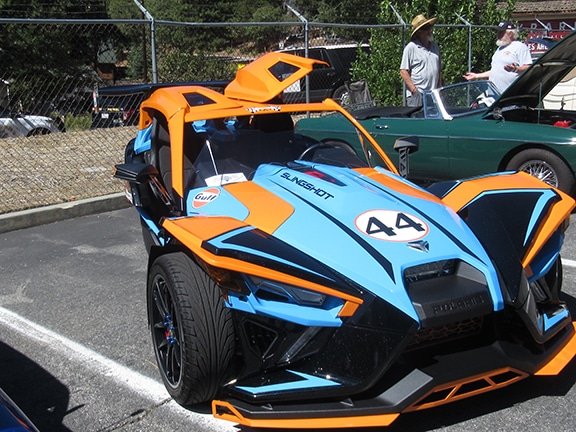 Boomer gets the bad guy

The Arrowhead Area office of the California Highway Patrol in Running Springs staged its annual open house on Saturday, Sept. 24, attracting hundreds of local residents and others from San Bernardino and Menifee. According to CHP Public Affairs Officer Jacob Griede, the event featured 40 classic cars and trucks.

In addition, Caltrans brought in a huge snow-eating snowblower that can get the job done in a jiffy, while the CHP’s Inland Division K9 team showed up to demonstrate how their well-trained Belgian Malinois can detect human scent, illicit drugs and explosives. Following hundreds of hours of intensive training at the CHP Academy’s canine training facility in Sacramento, the dogs are ready to serve and support the CHP’s mission.

The crowd of men, women and children who eagerly awaited the arrival of the K9 unit – which is usually the most exciting part of the open house – was treated to free hot dogs, chips, homemade cookies, water and canned sodas. Some spent their time checking out the restored, vintage automobiles, deciding which one they would vote on as their favorite.

Mike Rose from Crestline, who brought his beautifully restored, red, 1932 Ford Tudor sedan, told The Alpine Mountaineer, “I’ve had this car, which originally came from Farmington, N.M., for 11 years. I found it for sale in San Bernardino. It was just red and had four wheels, so I added the chrome bumpers, taillights and a large rack.”

An oddity you wouldn’t expect to see at a car show was an extremely rusty 1925 Model A Ford belonging to Lake Arrowhead resident Richard Walsh, who explained that he found it in the Northern California town of Auburn. “It has a tractor engine that runs on vegetable oil, which was an experiment to see if it would work. It does and it used to be my daily driver.” When asked how he got it to the show, Walsh responded, “I drove it six miles from Lake Arrowhead and it took me 40 minutes to get here because it only goes 20 miles per hour on flat roads and downhill and it goes 10 miles per hour uphill.”

Over at the hot dog and baked goods table, a pair of youngsters was found munching on Officer Griede’s homemade, star-shaped cookies bearing a CHP emblem. Asked what she liked best about the open house, 6-year-old Lindsay Panian from Menifee said, “I like the hot dogs and cookies and all the cars.” Her grandmother, who resides in Running Springs, noted that her granddaughter was wearing a Junior CHP badge and said, jokingly, “She won’t be giving out any tickets today.”

Midway through the open house, Officers Kuhlmann and Lane from the Inland Division’s K9 Team unleashed “Boomer,” who promptly sniffed each of six orange traffic cones until he started wagging his tail and acting excited. Without hesitation, Boomer knocked over the cone, grabbed the contraband with his teeth, rushed back to Officer Kuhlmann’s patrol vehicle and hopped inside. For his excellent work, Boomer was rewarded with a doggie treat. Kuhlmann said money from the sales of confiscated drugs helps pay for the CHP’s K9 program.

But Boomer’s mission was not complete; next he was once again unleashed and ran toward Officer Lane’s white patrol unit and began barking loudly at the officer – who was wearing well-padded, protective clothing – waiting for Lane, who was playing the role of a criminal who refuses to leave the vehicle, to exit. Meanwhile, Kuhlmann used a bullhorn to inform the “bad guy” that he was under arrest and must exit the vehicle immediately, with his hands over his head, which he reluctantly did. At this point, Boomer, once again, sprang into action and began biting Lane’s padded arm and then began jumping up on Lane until he finally surrendered to Officer Kuhlmann, who rewarded Boomer with another doggie treat.

When the results were in for the winners of the car show, first place was captured by Gary Sellers for his 1967 VW Bug. Second place went to Mike Mramer for his 1955 orange pickup. And third place was awarded to Craig Slate for his three-wheel Polaris Slingshot. 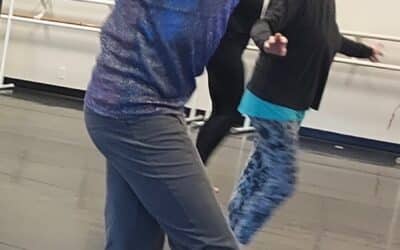 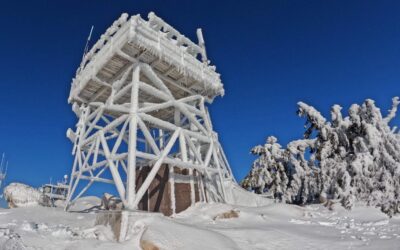 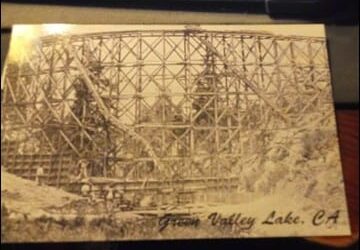